Allergy Testing Sydney Dr Richard Stephen Baker is Medical Director of Allergy Testing Laboratories. Dr Baker graduated from the University of New South Wales Medical School in 1972 and subsequently was trained in the United States by leading allergists, including Dr French Hansel who is often regarded as the father of Ear Nose and Throat allergy. Dr Hansel was the first otolaryngologist to perform skin tests in 1930 using multiple individual extracts as opposed to single concentrations of antigenic material. Richard is also a member of the ASCIA

Richard has a particular interest in the study of mycology. Moulds are one of the major causes of allergy and asthma. Asthma is one of the highest causes of mortality in males in New Zealand and Australia between the ages of 20 to 35 years. 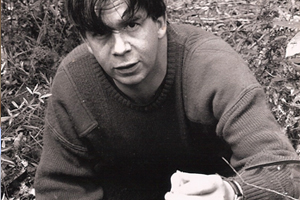 Following the work of his father Dr. Stephen Baker, an ear, nose and throat surgeon, Richard helped pioneer ear nose and throat allergy in Australia. He treats all allergic conditions and has an on-site skin testing clinic and a fully accredited NATA medical laboratory. Richard is also a member of the ASCIA

How Can We Help?